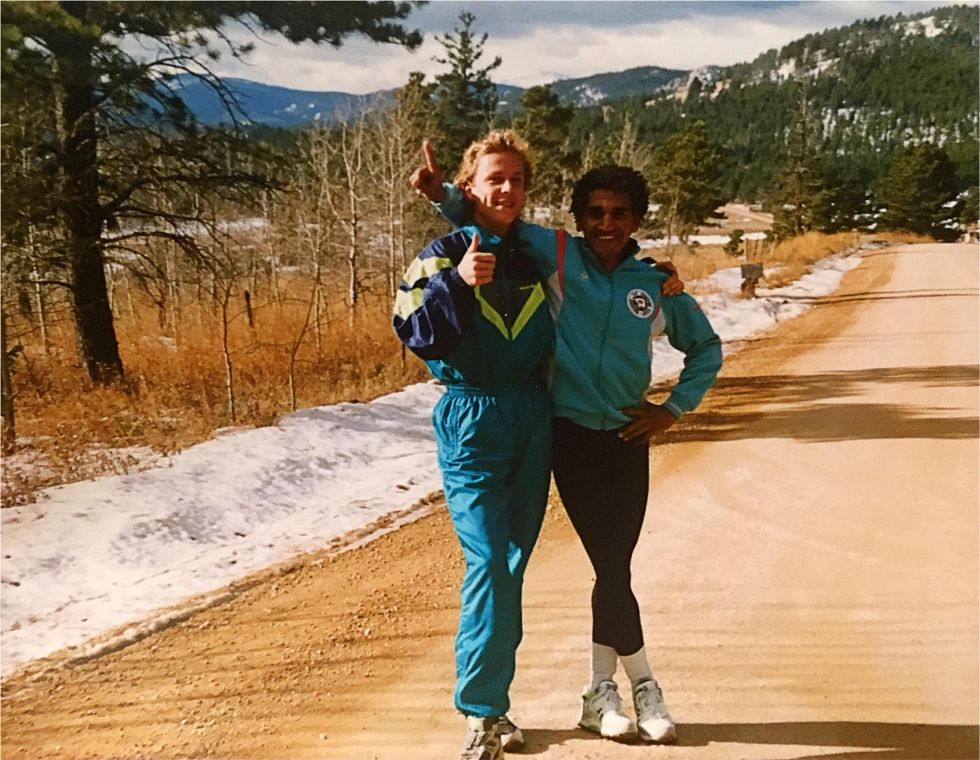 Rocky Mountains 1992. Magnolia Road 2600 m high altitude. Here with one of the best road racer in the late 80s and til mid 90s - Brian Sheriff - Zimbabwe. We were fooling around after a long run in the beautiful mountains. We had a third runner in our group he was taking the picture (no digital - all analog on film). It was none of the less than Mark Plaatjes - one year before he would win the world championships in marathon in 1993 in Stuttgart. What a joy than and during the times we were running wild and free. Maybe I should say that I ran the 10K on the road the year before the picture was taken at 27:53’ in Pittsburgh and earned all respect from these guys. But this attitude was common among us - Boulder runner. I often think back to those glorious times and take in with me - when coaching my fellow runners.